Life as children and young adults can get to be a bit mundane. Luckily, for many of us the 90s were full of great surprises. We had cool new shows to look forward to like The Simpsons and Recess, then the release of Gigapets, Beanie Babies, and Furbys. One even bigger phenomenon that took place in the mid-90’s, maybe even more important than all those mentioned previously, was Harry Potter and Pokemon.

These days, more than 20 years later, nothing says nostalgia like Pokemon, except maybe Harry Potter (or vice versa for some). Both of these things caused quite a stir when they were released. They both provided many youngsters (and even tweens, teens, and adults) a much needed reprieve from real life.

They both offered the opportunity for one to escape, even if it was only for a short amount of time, into a imaginary world full of mystery and danger. They share many similarities such as: magical/mythical creatures, providing a nice story line to follow, and requiring many (many) overall hours of our attention.

With so many amazing pocket monsters and mythical creatures it’s really no wonder that one may take a moment to contemplate a mixture of the two. The real question we’re referring to, and possibly the entire reason you’re here on Quiz-Tola right now, is “What would be my Pokemon Patronus?”

This question might strike some as odd because many might not have ever thought these two worlds (the wizarding world and the Pokemon world) could ever come together. This, however, is actually a very good question. When you think about it a Patronus serves as a sort of protector (as do Pokemon) and the shape that they take on is usually an emotional reflection of its caster (just as the starter you pick or the 6 main Pokemon you decide to take your journey with do as well).

So, without further ado, we bring you the Pokemon Patronus Quiz! 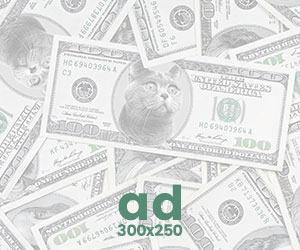 Your password reset link appears to be invalid or expired.

Send this to a friend